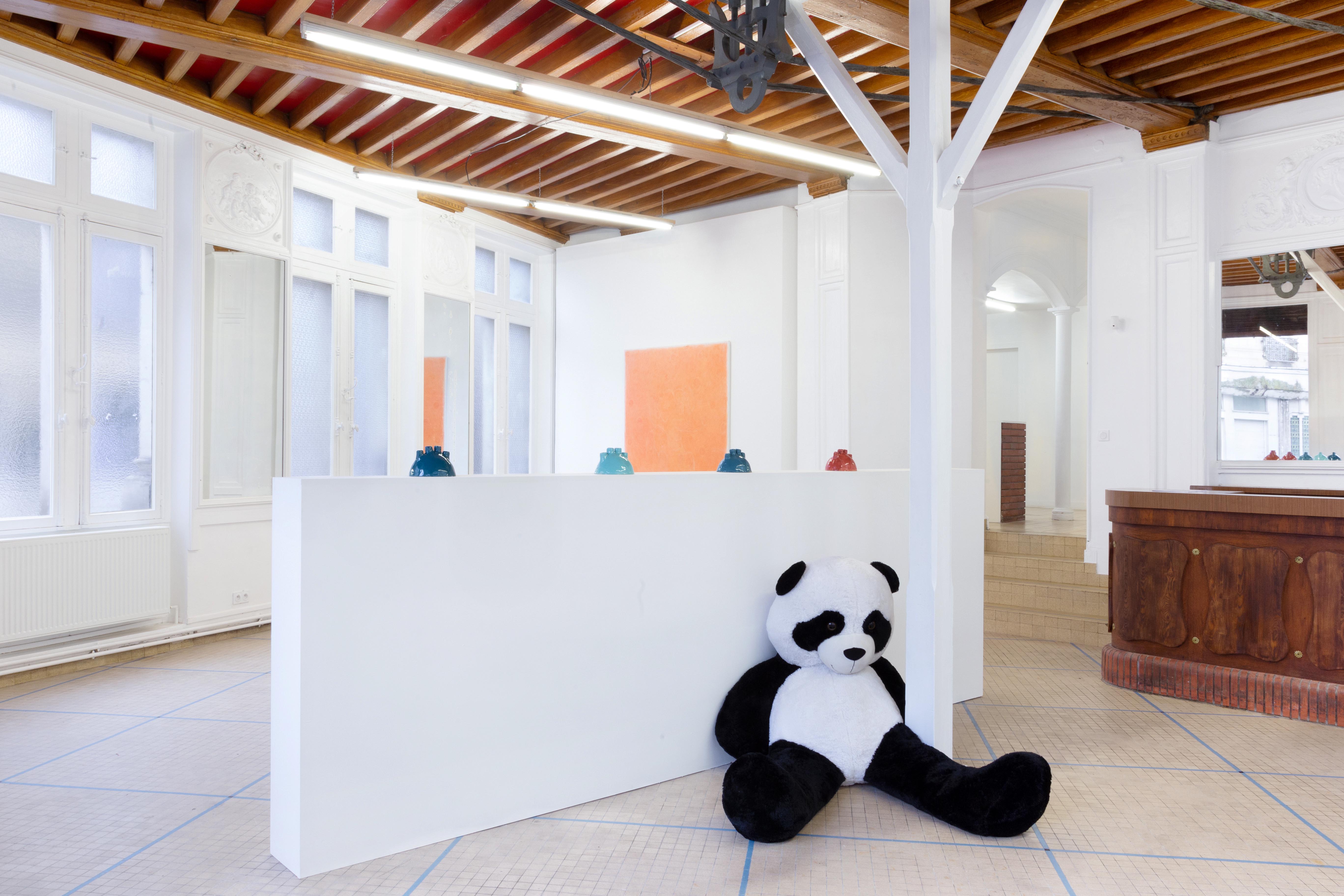 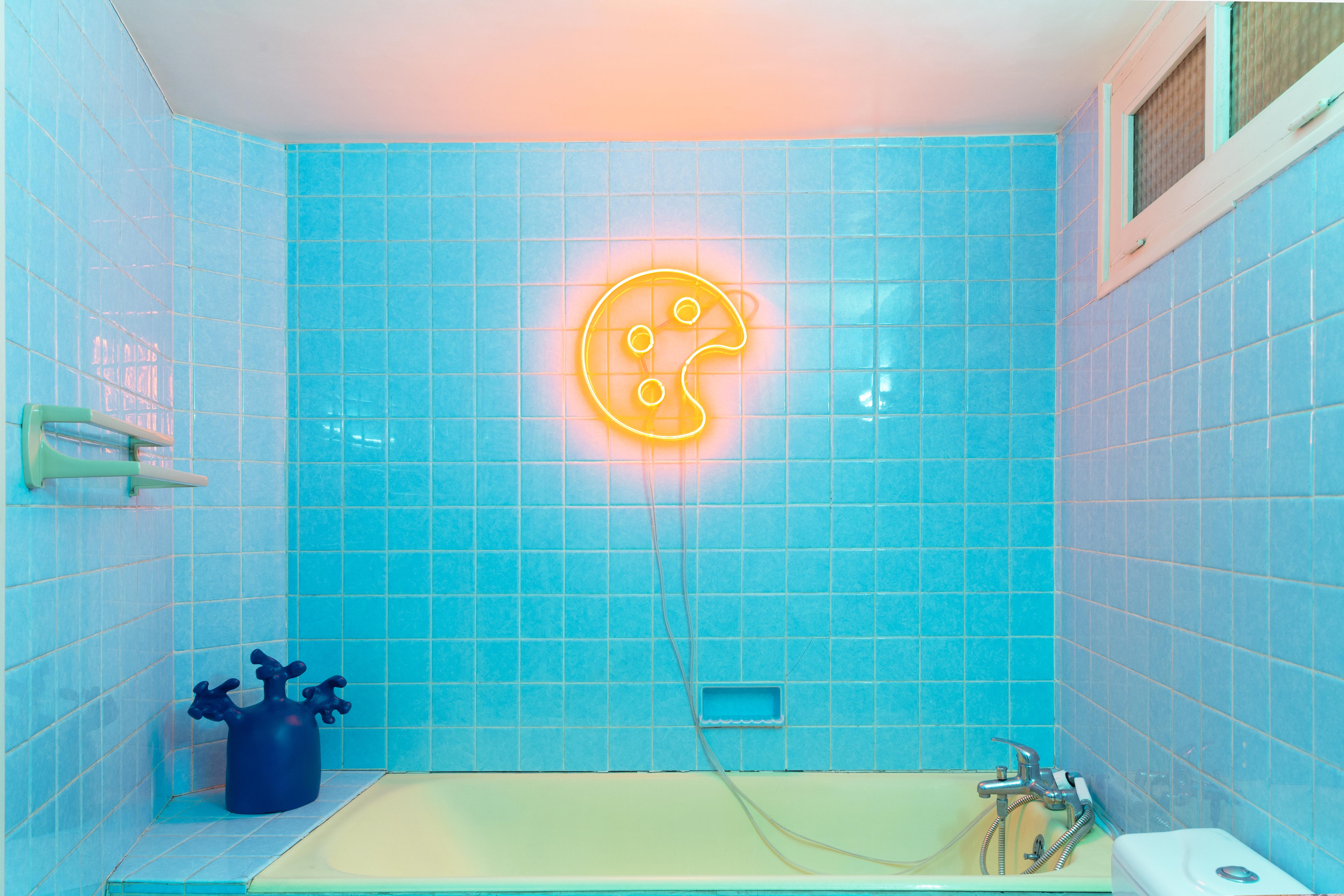 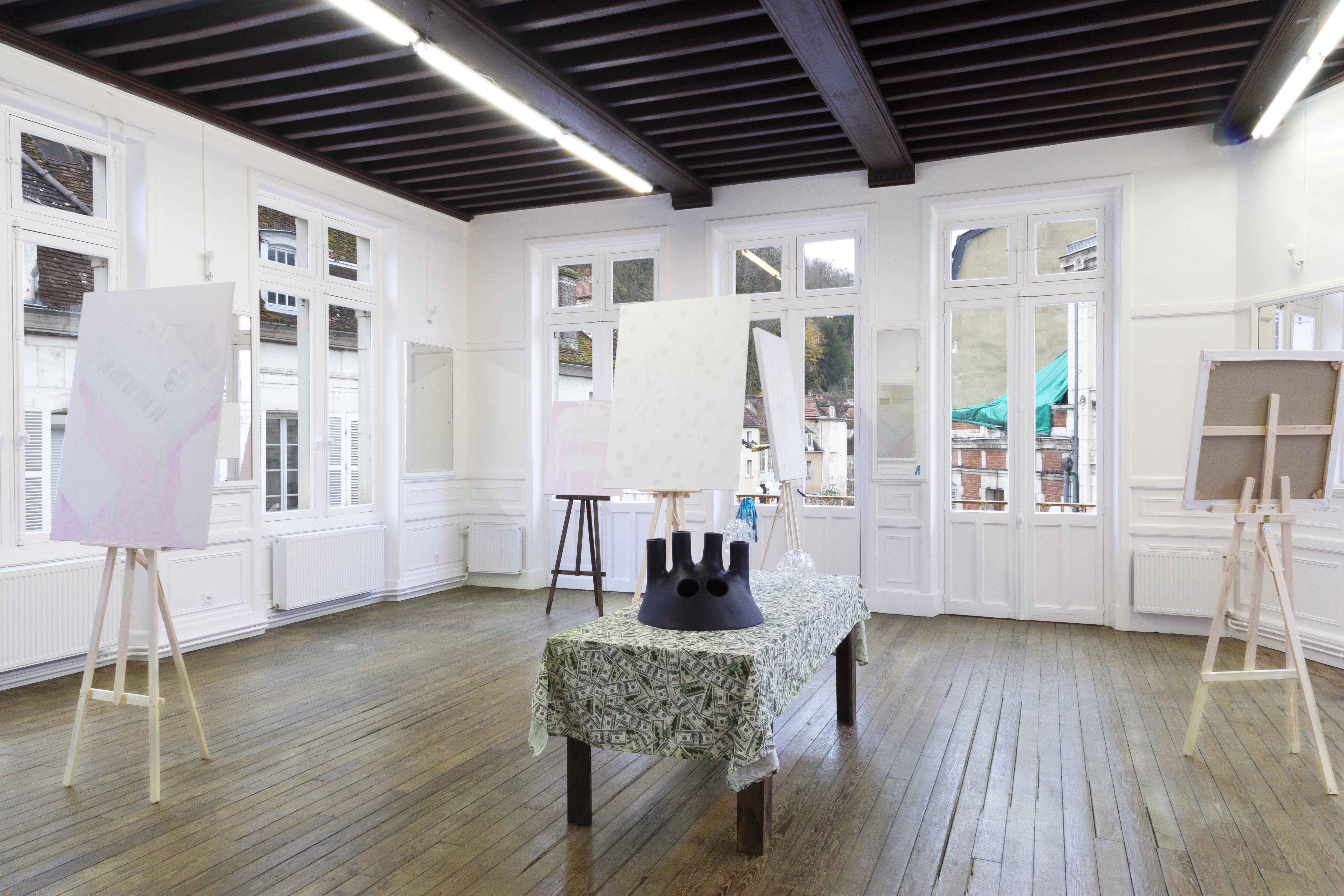 In 1975, Marcel Broodthaers presented Décor: A conquest, an exhibition comprising 2 period rooms, a 19th century room and a 20th century one. In the first one, a crab and a lobster are playing cards on a green game table lit by a spotlight. Broodthaer's decor expresses his interest in systems that substitute direct experience to that of their representation. It plays on the double meaning of the word "décor" in French which can mean decor as ornamentation as well as theatre or shooting location (film set). The decor with the static setting of its accessories and its vented atmosphere becomes a place of exhibition in the literal sense, the place where an action will be  enacted where the promises of interiority will be fulfilled.

The notion of decorum shows an ambiguousness as well by signifying either decorative pomp or a set of rules of propriety which must be adhered to. The exhibition at the Café des Glaces maintains a balance, hinging between ornamental pomp and rhythm specific to the ritual of exhibition.The rhythm is also a setting, a manner of shrouding the experiment. In Episode 6 of the 1st season of Chef's Table, Magnus Nilsson, the Chef describes the sequence of his Tasting Menu, but out of the twenty courses, the five or six first portions are smaller and they come very fast, one every 180 seconds.
The first part of the meal thus follows a rapid and continuous rhythm; Then the second part is performed at a slower pace. A new dish every seven or eight minutes. After half an hour, rhythm is resumed at a faster pace with small portions. Then back to more substantial dishes and a slower pace. The gourmet experience lasts two and a half hours including thirty or so dishes.

The lobster painted by Melanie Akeret isn't playing cards: frozen and preposterous, it fills up the surface of the canvas. Stuck to the surface, it becomes abstract. This type of representation and the chromatic range used recall a tasteful painting of a past age whose contemplation is soothing.
The candlesticks by Hélène Labadie refer to extreme animism while displaying the passivity of objects derived from anthropomorphic projections. Distributed throughout the space, but without burning candles, they play the third wheel for a dreamlike experience of the spectators.Lucid dreaming, an experience in which one knows one is asleep while being able to direct the course of one's dreamed adventures may be made easier by proper positioning and repeated exercising. Performing the dream by setting a ritual; this rhythmic effect maintains the tension of the theatricality of decorum, an uneasy dialogue between Art and Decor.

Hélène Labadie is an object designer and scenographer, she lives and works in Paris.In ceramics, glass, textile or metal, her creations seem caught between two disciplines,on the border between Art and Design. Largely anthropomorphic, the objects "are directly inspired by film characters" she confides. Recent solo and group exhibitions by Hélène Labadie  (b. 1991) include: Bienvenue Art, Paris (2021) Villa Noailles store, Hyères (2020), LSD Gallery, Paris (2020), Bon Marché, Paris (2019), Amélie Maison d’Art, Paris (2019)  and Biennale de Saint-Etienne (2015)She is currently a resident at the Villa Belleville. Her strange and unique objects are close to cartoon characters with which she recreates her own fictions.

Melanie Akeret is presenting a retrospective of her paintings. In her installations, drawings are associated with actual images, creating a gap of interpretation and it is that exact discrepancy that the artist is interested in and that to her question pictorial hierarchies and point towards the economical and social backdrop of painting. Recent solo and group exhibitions by Melanie Akeret (b. 1991) include: Maria Bernheim, Zurich (2021), Silicon Malley, Lausanne (2021), Lang + Pult, Zurich (2021), Swiss Institute, New York (2020), FriArt Kunsthalle, Fribourg (2020), Palazzina, Basel (2020), Wallriss, Fribourg (2019) and Forde, Geneva (2019).
‍