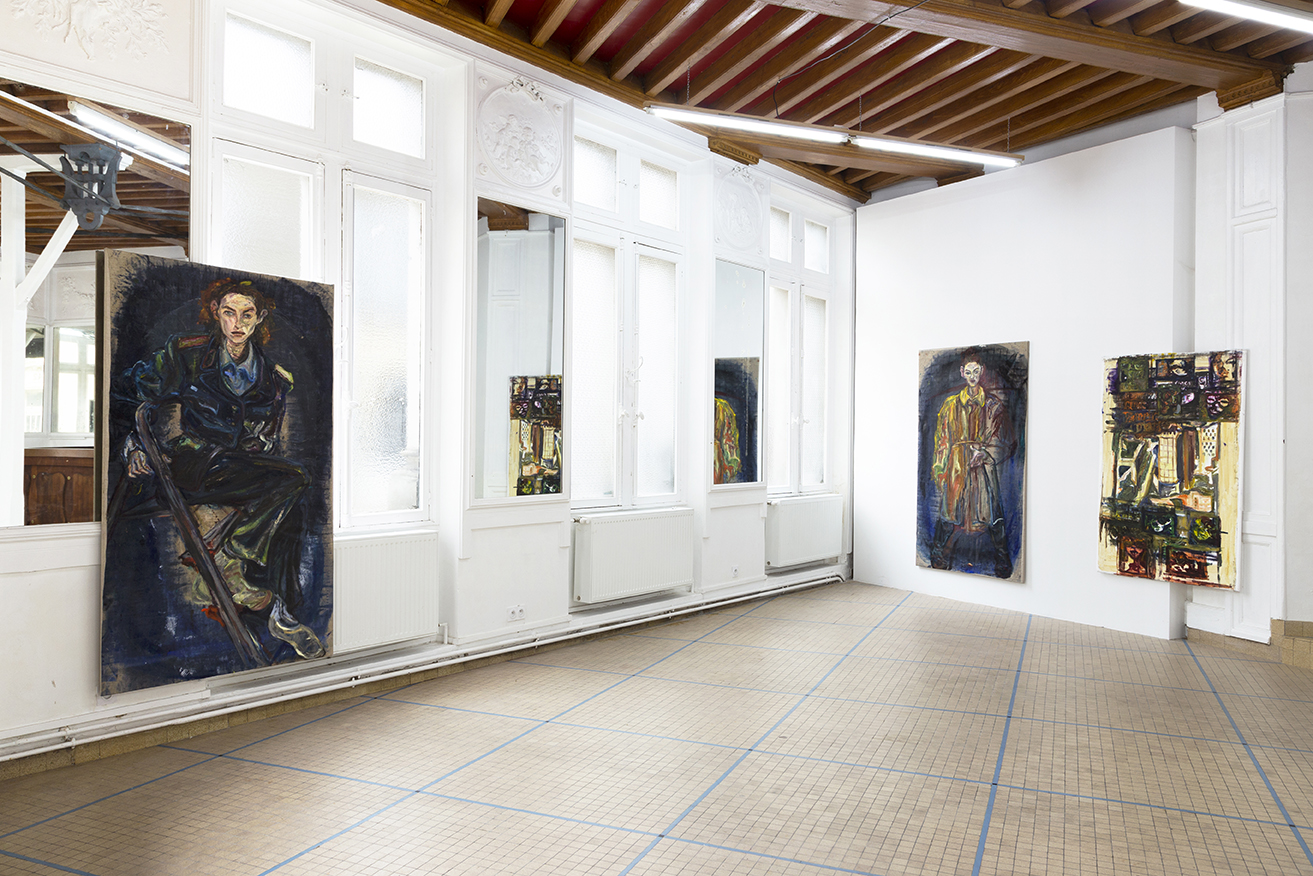 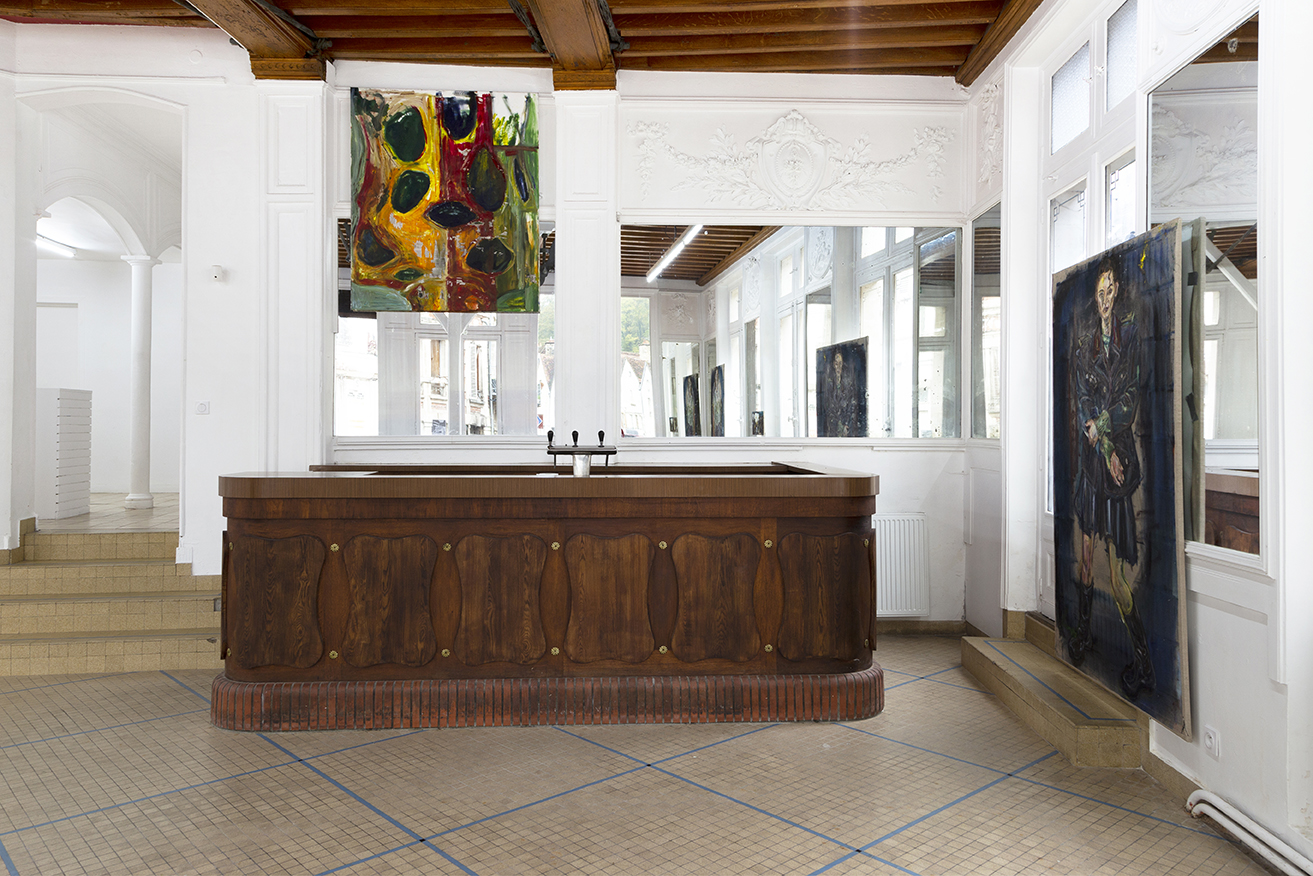 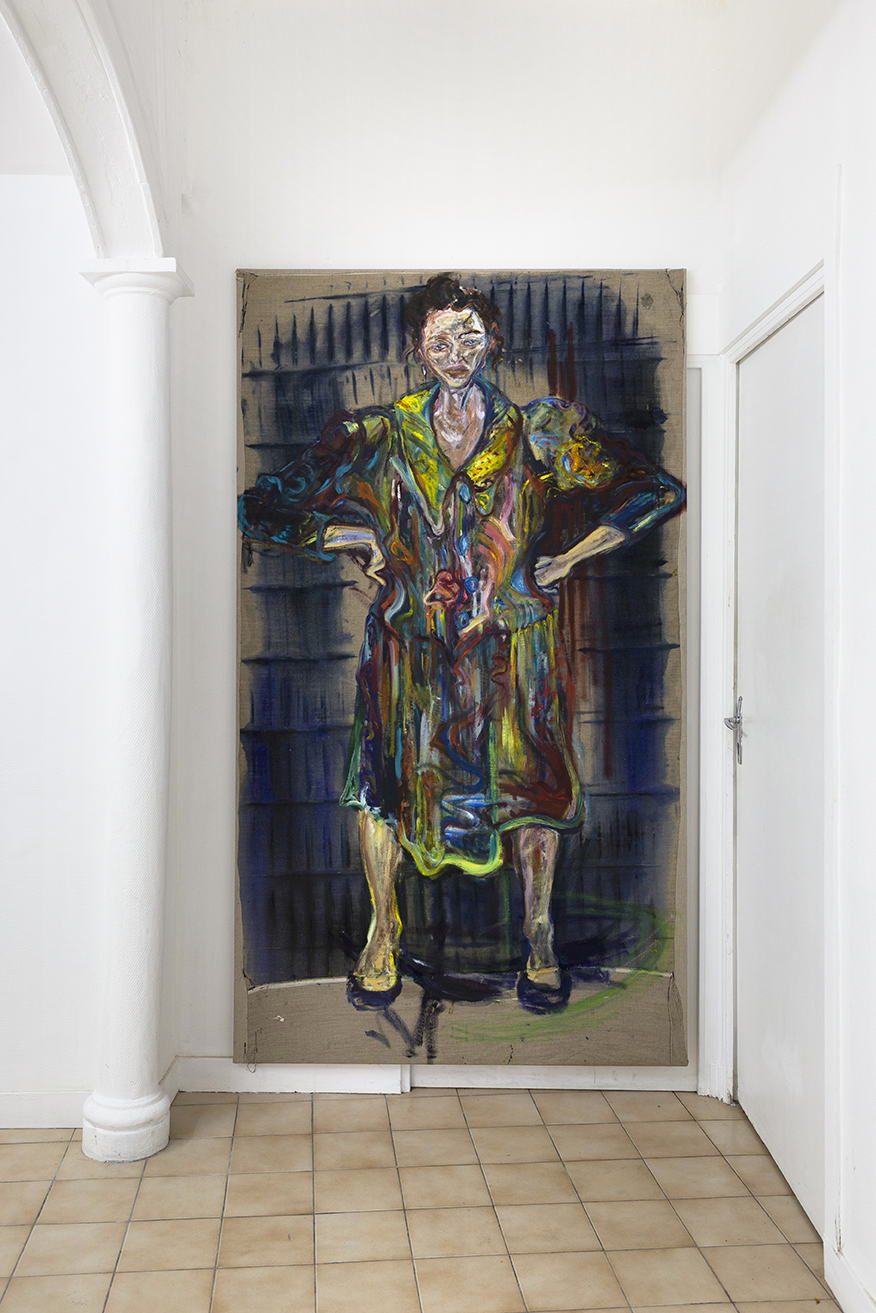 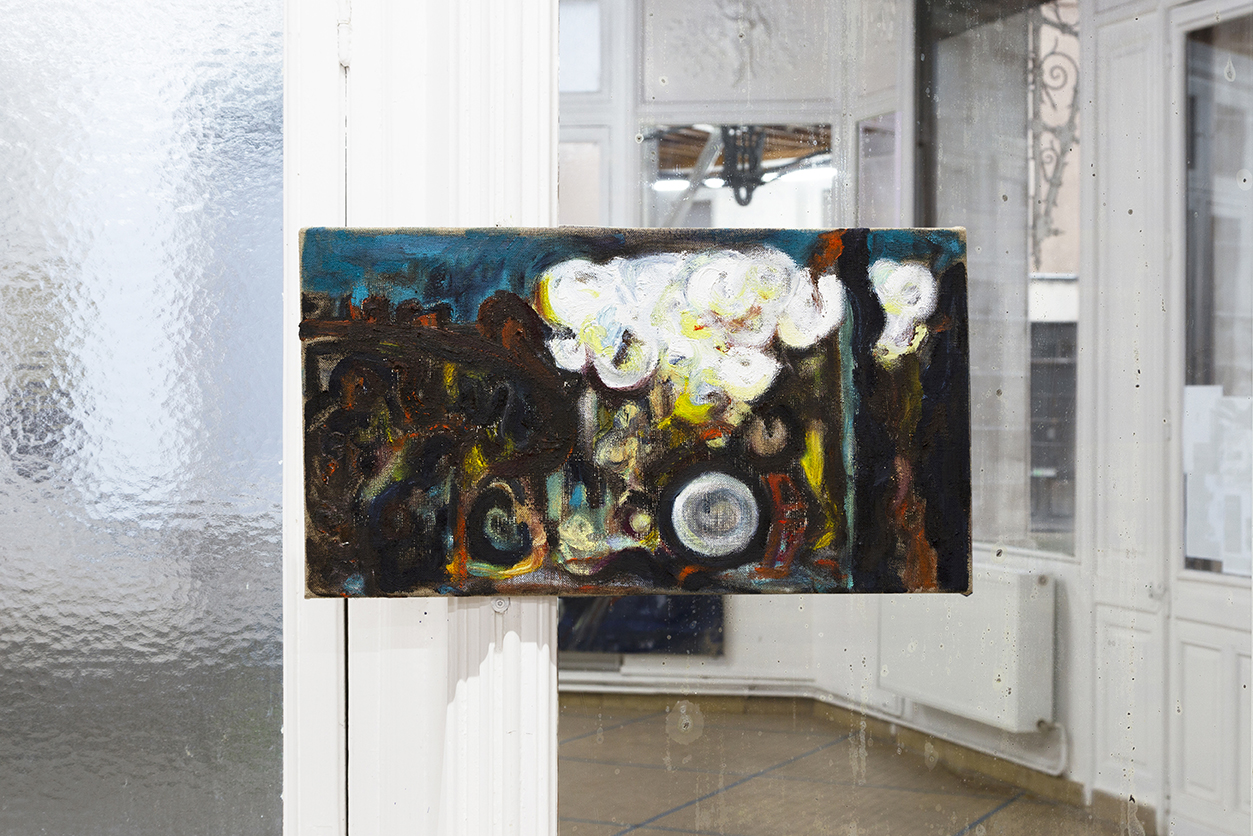 Die 3,14159te Generation, who grew up with numbers in the air. When Soutine painted hisfriends, he dressed them up as workers, he couldn't help himself and they looked lesshuman than the steaks and the fish. When Lucian Freud painted self-portraits, he wouldstart from the eyes and work outward, migraines start in the eyes, often the left, and spiralthrough the cortex. The foreshortening in Carla’s paintings, produce a figuration of ‘real’painting, an image un-mediated by photographic assistance. In this way they escape theirreferent, and her painterly ability is set loose, un-paroled, viral and infecting the bodies,their bedrooms, the space, their insubordination. That is to say, these paintings, likehistory itself, are a crime, evidence that litigates against the present.

Five girls in a space, self-portraits, painted from reflections in a series of cheap mirrors,each broken in some circumstance to then be replaced by another, found in the street,bought second hand online or borrowed from friends. Damaged, illusions, these figuresare organised on fields of blue, halo’s that were frottaged against the fences near variousstudios. Some protected the abandoned buildings of Alt-Hohenschönhausen, a Berlinsuburb known for being the current residence of former Wall guards. The others near astudio sublet in Mitte, surrounded by upscale cafes, whose staff were being fired inearshot of the painting, un-necessary, surplus, you slept too long, you didn't wake up intime.

The portraits are all detectives. Modernism started with the detective story, whenBaudelaire translated Poe’s The Mystery of Marie Roger, The Murders in the Rue Morgue,and The Purloined Letter. He also used to take sandpaper to his clothes, it's obvious tosay he was the first of us, but it doesn't make it wrong. And clothes are important here, nowmore than ever. The increasing specialisation of ‘sub-cultural’ categories allows for ahighly liquid market and abundant marketing opportunities, a Dark Academicism.

The linen that Carla chose has a weave that stands prominently against the brush, primedwith glue, a thin translucent, clogged up layer stuck over the earthy brown material. Shecalls the small paintings “Fever Curves” and they look like citiescapes on fire, or the heartrate activity of someone close to death. They are 80’s paintings, yuppie paintings,paintings from a time when success was still a choice, they fit in a briefcase. UnlikeRothko, whose screen-like fields absorb you in throes of non-specific emotion, the bluepassages here demarcate, either trapping the figures in prisons or they protect,boundaries against the insatiable predators who would strip them down and liquidate theircompanies for scraps.

It's Autumn in Germany, the hottest on record, the imprisonment is behind us, things arelooking worse. In February, Jutta Koether told Carla that ‘images are like heroin, you can'tjust do a little’. An exhibition is like rehab and one day we will get clean.